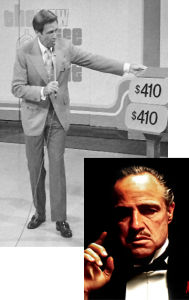 1972. The Godfather was released in theaters. The Watergate scandal rocked U.S. politics. The first episode of The Price is Right aired. And at St. Joseph’s in West Milford, the Holy Name Society had recently left, leaving a void that the newly-formed Father Francis Koch Council stepped in to fill.

The Father Koch Council of the Knights of Columbus was created on March 6, 1972, with around approximately thirty charter members. At the same time that the decision to form the new chapter council was made, a name was chosen — Fr. Koch. 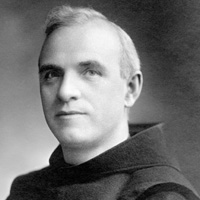 Father Francis Koch was a local Franciscan and a missionary priest who started more than 20 area parishes, more than any other American priest. Though his great works were many, he was perhaps best known for his support of his parishes. It is little wonder, then, that he was chosen as the namesake for the new Knights of Columbus chapter council. The Knights carried on Father Koch’s tradition of supporting the church. The original Council members were fairly young, ranging in age from their late 20s to early 40s. They were a group of men who wanted to do the right thing and embody the principles values that the Knights of Columbus stand for: Charity, Unity, Fraternity, and Patriotism.

They also wanted more autonomy over their decisions and activities, which was another contributing factor to the council’s creation. Prior to its inception, there was only one Knights of Columbus chapter council — the Queen of Peace Council — in the region. It served the Queen of Peace parish, leaving the parishioners of St. Joseph’s without their own Knights of Columbus representation.

While the Knights has always been a fraternal society, the early days of the Fr. Koch Council saw the emergence of an unofficial “sister” chapter council: the Columbiettes. The Columbiettes were a group of women, mostly wives of Council members, who wanted to get involved and help the Knights’ mission. They were an enormous asset, often hosting bowling nights or dances in a joint effort to raise funds. However, as time passed, women increasingly began working outside the home, and membership dwindled. The Columbiettes came to an end in the late 80s. While that chapter council may have closed, families are still helping. Council membersï’ wives do their part to support: a Anything the Council does outside of meetings, they are there to lend a hand, whether it be sitting outside of a grocery store during a food drive, or helping with the planning and execution of a Knight’s activity working in the food pantry.

Wives aren’t the only women who have supported the Council. Sisters Janet and Geraldine and Janet have long been cheerleaders. In addition to their many parish duties, they’ve done all they can to help the Knights succeed. They donate, they buy raffle tickets and attend many Knights events. In all, they are highly visible. Their actions are indicative of what the Fr. Koch Council is also a part of a greater Christian community. The more the Council succeeds, the more they are able to help the parish, and vice versa. 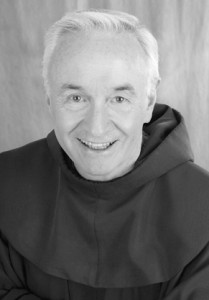 The Council has widened the circle that this Christian community encompasses through one of their key virtues: Charity. One of the more significant accomplishments was the refurbishment of the Fr. Koch Hall that the Council headed. Built in 1910, it was the original parish center but fell into varying states of disrepair as the parish grew and a new Parish Center was built. built up the other side of the church. The Knights saw an opportunity and rose to the challenge of restoring the space, something Father Mychal Judge, then pastor, strongly encouraged. The Hall was enlarged, bathrooms were rebuilt , the kitchen was repaired, and today it is a space that not only the Knights can use for their meetings, but also many other community groups and parish ministries, such as the Boy Scouts, Moms & Tots, and St. Joseph’s Cares Food Pantry call their home.

The four virtues principles of the Knights of Columbus work in unison to support St. Joseph’s and can’t be estranged from one another. While something might be considered charity, it is likely tied to another value. The Council also actively supports the Food Pantry in their mission to help feed about 60 parish families in the local community. through the food pantry, and holds two food drives a year. The Knights hold two food drives yearly that These drives can each bring in up to $3,000 500 worth of food, and plus cash donations. The Knights are eager to do whatever is needed for St. Joseph’s, from financially supporting a seminarian with their “Fr. Sigmund Peplowski Seminarian Scholarship,” to cooking breakfast for the Antioch retreat breakfast. , collecting money for people with intellectual disabilities, taking disabled veterans to Mass at the veteran’s hospital, and many other activities.

One thing is certain, though. The Fr. Koch Council wouldn’t exist and, in fact, wouldn’t even have been formed and continued without Catholic men who are passionate about their faith and commitment. Although the Council is thriving today, it hasn’t always been so active. The membership has seen some pretty significant ebbs and flows. When a really active member would retire or move away, the Council would experience a drop, both in membership and activity. During the mid-90s there was a time when there wasn’t even a Grand Knight. 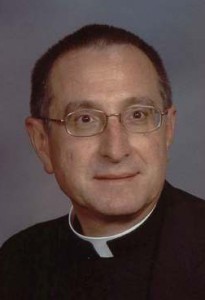 In the past 5 to 6 years, though, the Fr. Koch Council is in the best shape it’s ever been in a long time. They have met their quota for bringing in new members. Frequent membership drives have helped to generate a lot of interest from the youth in the parish. Having younger members has helped to keep the Council fresh and relevant. Theyï’ve gotten more specific and business like as well, putting together a list of identifiable activities and goals, and assigning members to them. And starting their own degree team—the process by which new members are inducted—has certainlyhelped expedite the process. (Before, potential members would have to wait until another area council with a degree team held a meeting, by which time, unfortunately, some people would lose interest.) Another big part of the recent success has been due to Father Sigmund, a Fourth Degree Knight himself and pastor of St. Joseph’s from 2005-09. He supported the Knights of Columbus tremendously, attending meetings and helping with fundraising. He will be greatly missed!

Fr. Steven Shadwell, who succeed Fr. Sigmund is also a Fourth Degree Knight has been a tremendous supporter of the Council.  With the Knights and the entire parish community, Fr. Steve presided over the celebration of St. Joseph’s 250th year.  That makes it the Oldest Catholic Community in the State of New Jersey.   The Knights of Fr. Francis Koch Council couldn’t be prouder of the parish and the role the Council plays in the community.

In 2015, 43 years after the Council was formed. The Godfather is still popular, and The Price is Right is still on the air, albeit with a new host. And the Fr. Francis Koch Council is better than ever, and excited to see what the next decades bring.

One of the more significant accomplishments of the Knights was the refurbishment of the Fr. Koch Hall that the Council headed. Built in the late 1920s, it replaced a smaller building known as “the Lyceum,” which was located nearby and used for parish meetings. For years, the hall was a gathering place for meetings and socials. Longtime parishioners Bob and Mary Kochkaï’s wedding reception took place in the Hall on October 9, 1948.

But as the church grew, it fell into varying states of disrepair and faced structural challenges. For example, the kitchen originally contained only a cast iron stove. Water had to be carried from the pump that is still located near the St. Josephï’s Church. Then above-ground pipes were installed to bring water to the Hall. They had to be drained before winter to prevent freezing. The pipes were put underground and a septic system was installed in the 1970’s.

Then, in the early 1980s, the Knights saw an opportunity and rose to the challenge of restoring the space, something Father Mychal Judge, then pastor, strongly encouraged. The Hall was enlarged, bathrooms were added, and the kitchen was repaired at a cost of nearly $30,000 out of the Council’s treasury. In 1998, Douglas Bock, then Grand Knight, suggested that the Old Hall be renamed “Father Koch Hall.” His suggestion was adopted by resolution of the Parish Council. Today, it is a space that not only the Knights can use for their meetings, but also many other community groups and parish ministries such as the Boy Scouts, Moms & Tots, and St. Joseph’s Cares Food Pantry call their