We are deeply saddened by the passing of Brother Ed Lane, PGK.  Ed has been a member of the Council for over 35 years and Financial Secretary for the last 30. All of the many contributions Ed has made to the Council during this time are too long to list, but it can simply be said, “whenever anybody needed help or whenever something needed to get done, Ed was there.” 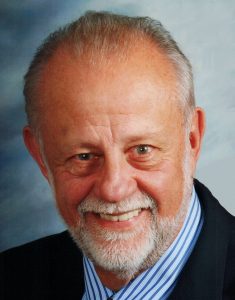 Lane, Edwin E., 72, on October 8, 2016. Ed was the beloved husband of  Mary A. “Maureen” (Whooley) and the son of the late Concetta (Chessari)  and Edwin B. Lane. Born in Jersey City, NJ, Ed was a West Milford  resident for the past 45 years. Ed was retired, formerly employed as a salesman for Brad-Pack Enterprises, Inc. He was active in the Knights of  Columbus Fr. Francis Koch Council # 6343 as a 4th Degree Knight. In  addition, he was a member of the Coast Guard Auxiliary / Homeland  Security, American Legion Post #289 of West Milford, and the Macopin  Volunteer Fire Company. Surviving in addition to his wife are his son, Allen E. and his wife Lynda, and his daughter, Sharon Magner and her husband Jeff. He is also survived by his two brothers, Anthony and Richard. He was a loving grandfather who cherished his four grandchildren, Connor and Alexander Lane and Johnny and Molly Magner. He was a caring husband, father, grandfather and brother as well as an active member of his community who will be greatly missed.

Friends may call at Richards Funeral Home on Thursday, October 13 from 4 to 8 PM (a prayer service will be held at 7 PM). Funeral mass on Friday, October 14 at St. Joseph’s Church, West Milford at 11 AM. Private Disposition. In lieu of flowers, donations may be made to the Knights of Columbus Fr. Francis Koch Council # 6343 c/o St. Joseph Church, 454 Germantown Rd, West Milford, NJ 07480.